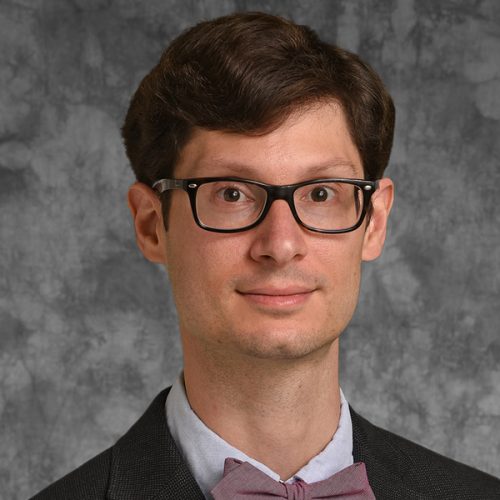 Professor Nathan Crook has received a National Science Foundation (NSF) CAREER Award for his proposal, “Enhancing Probiotic Yeast Colonization for Stable in Situ Biomanufacturing.” The NSF describes CAREER awards as among its “… most prestigious awards in support of early-career faculty who have the potential to serve as academic role models in research and education and to lead advances in the mission of their department or organization.”

Prof. Crook’s CAREER project will focus on engineering the probiotic yeast Saccharomyces boulardii to reside for longer periods of time in the gut than it normally does by encouraging it to metabolize and bind to the sugars that line the interior of the human gut wall. These sugars are a major component of gut mucus, which is produced continuously by the gut lining and serves several important purposes.

First, it lubricates digested material as it passes through the gut, thereby preventing injury to the gut lining. Second, it physically “pushes” microbes away from the gut walls, preventing them from potentially causing an infection. Third, it provides a food source for “good” microbes. It is this third aspect that the Crook lab will harness in this study.

While Saccharomyces boulardii is beneficial, it does not reside in the gut for long periods of time, and part of the reason may be due to its inability to consume any of the major sugars present in gut mucus. The Crook lab will engineer the yeast to bind to and consume these mucus sugars, to test whether doing so will cause S. boulardii to colonize the gut for longer periods of time. 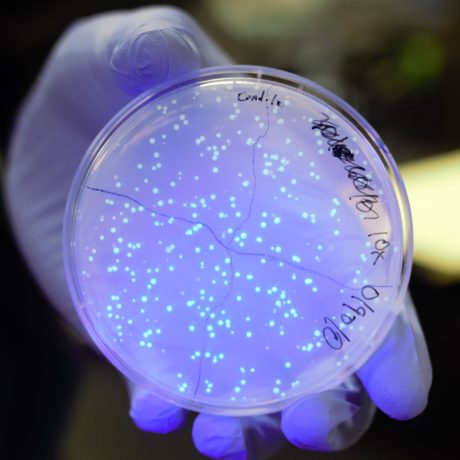 There are several applications of S. boulardii strains with improved colonization. One of these is to engineer the improved colonizers to produce a drug or vitamin in the gut. In fact, prior work has showed that even S. boulardii strains that do not colonize well can be engineered to produce potent drugs against inflammatory bowel disease and C. difficile infections.

Another outcome of this work will be a better understanding of how fungi in general colonize the gut, since some gut fungi can cause infections (for example, Candida albicans). Knowing how the problem fungi colonize could allow researchers to develop better treatments against them.

This work fits well within the longer-term vision of the Crook lab to develop engineered microbes that colonize the human body and autonomously diagnose and treat disease. This is a multifaceted vision and understanding how to control the residence times of microbes at specific body sites is a major part of it.

Without the ability to control colonization, it would be very difficult to control the dose of the therapeutics the microbes are engineered to deliver. The opportunity to investigate colonization in this probiotic yeast, which can secrete high amounts of protein drugs but cannot colonize very well is an exciting research direction for the Crook lab.

Prof. Crook received his B.S. in chemical engineering from the California Institute of Technology in 2009, and his Ph.D. in chemical engineering from the University of Texas at Austin in 2014, studying under Dr. Hal Alper. He pursued postdoctoral studies in pathology and immunology at Washington University in Saint Louis School Medicine from 2014-2017 in Dr. Gautam Dantas’ lab. Prof. Crook joined the Department of Chemical and Biomolecular Engineering at NC State in January 2018, and his lab focuses on how to engineer microbial communities.

Congratulations to Professor Crook for this important and prestigious award!