The Schoenborn Research Symposium and Exhibition showcases the talent and accomplishments of Ph.D. graduate students in the Department of Chemical and Biomolecular Engineering. It features two sessions in which research projects are presented: Oral presentations by senior-level Ph.D. candidates, and poster presentations by junior Ph.D. students.

The 2022 symposium will be held Monday, October 31, 2022, at the McKimmon Conference and Training Center in Raleigh, NC.

The cost to participate in the symposium is $50, covering the cost of lunch, breaks and printed materials. Online registration closes on Thursday, October 13, 2022. Onsite registration will be available.

CBE also welcomes its industrial partners to sponsor the Schoenborn Symposium to connect directly with graduate students. An exhibition table cost $500 and includes four registrations to the symposium and all printed material. 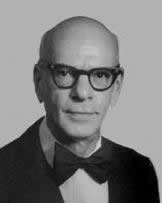 Dr. Edward M. Schoenborn, Jr. was a key leader in transforming the character of the (then) Department of Chemical Engineering. After completing his degrees in chemical engineering at The Ohio State University, he became well known throughout the chemical engineering community for his work with Dr. Allan Colburn at the University of Delaware.

In 1945 Dr. Schoenborn joined the department as its head. Early in his headship he oversaw two major educational milestones: in 1948 the undergraduate program was accredited for the first time by the Engineer’s Council for Professional Development (ECPD) and the AIChE; and in 1949 the Ph.D. program was established.

In 1966, Dr. Schoenborn ended his tenure as department head and was named the Charles H. Herty Professor of Chemical Engineering. He became an AIChE Fellow in 1973, and retired from the university in 1974. The Schoenborn Graduate Research Symposium and Exhibition is an on-going tribute to his longstanding service to our department.

Representatives from industry, government, and academia attend the Symposium, and all interested parties are welcome.

Dr. Schoenborn’s contributions to the department are also recognized by the Edward M. Schoenborn Graduate Student Award, which was originally funded by the Eastern North Carolina Section of the AIChE, working in concert with several department faculty members. The Edward M. Schoenborn Graduate Student Fund, established by Russ and Susie O’Dell, presently funds the cash prize given to oral and poster award winners at the symposium. 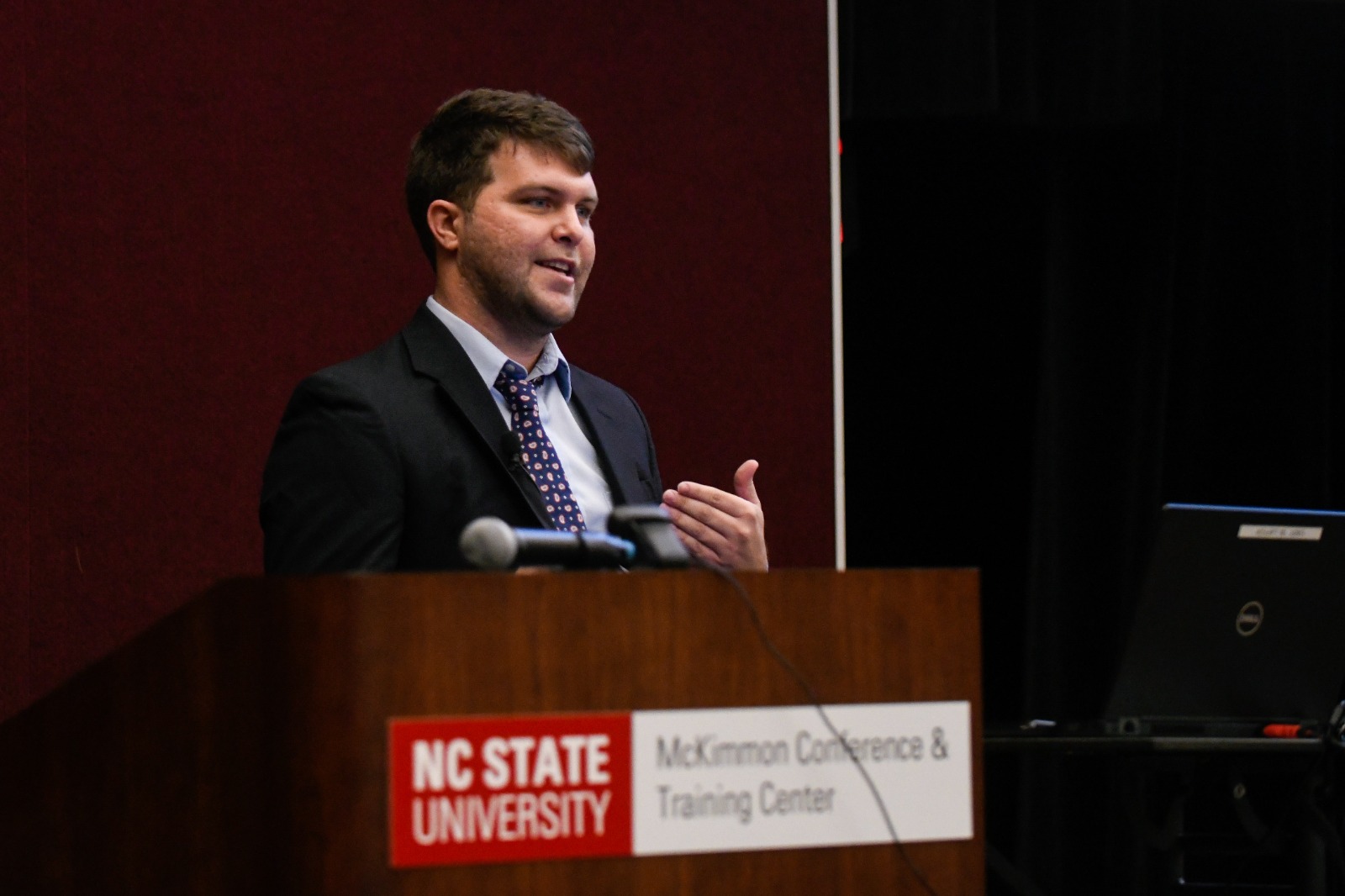 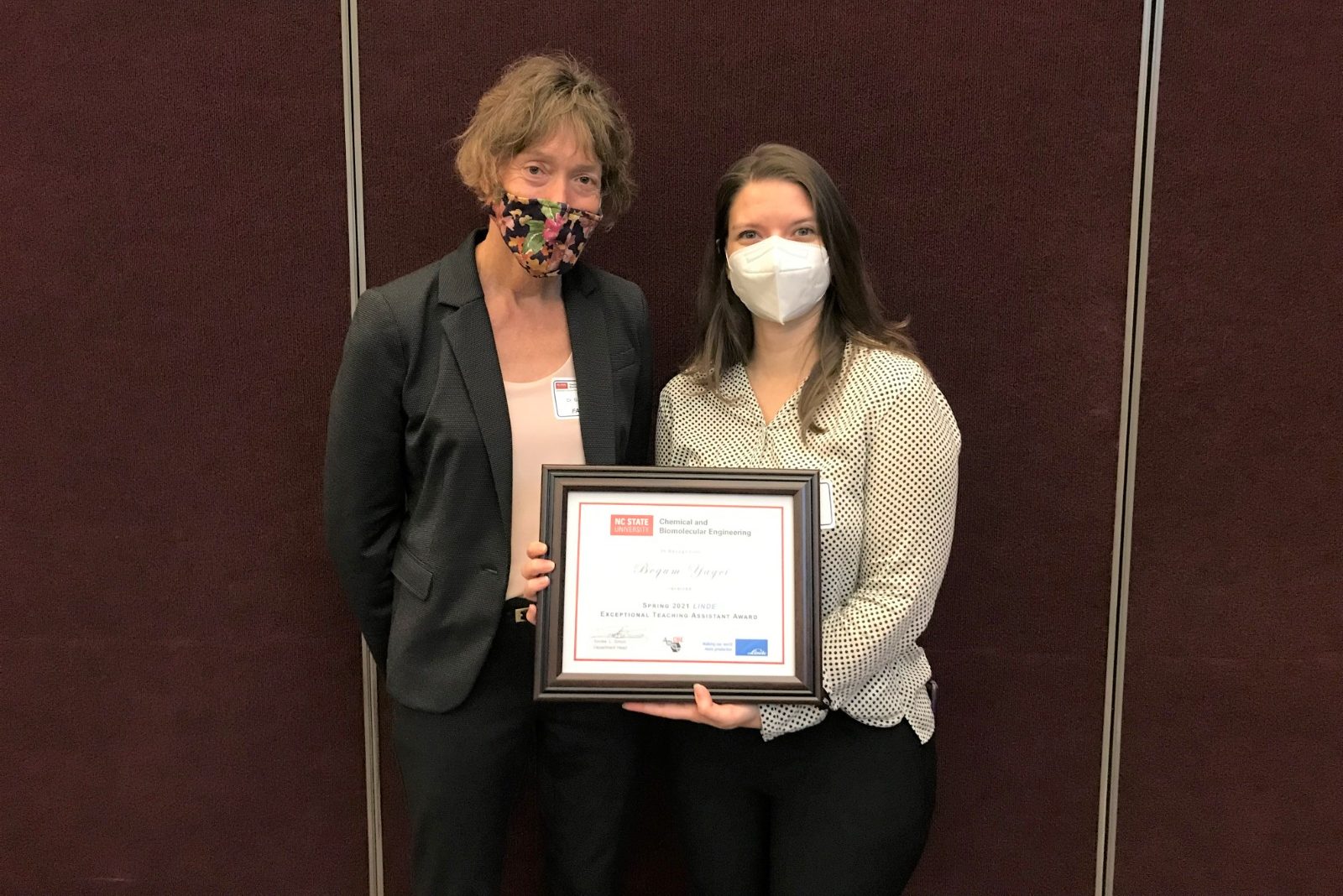 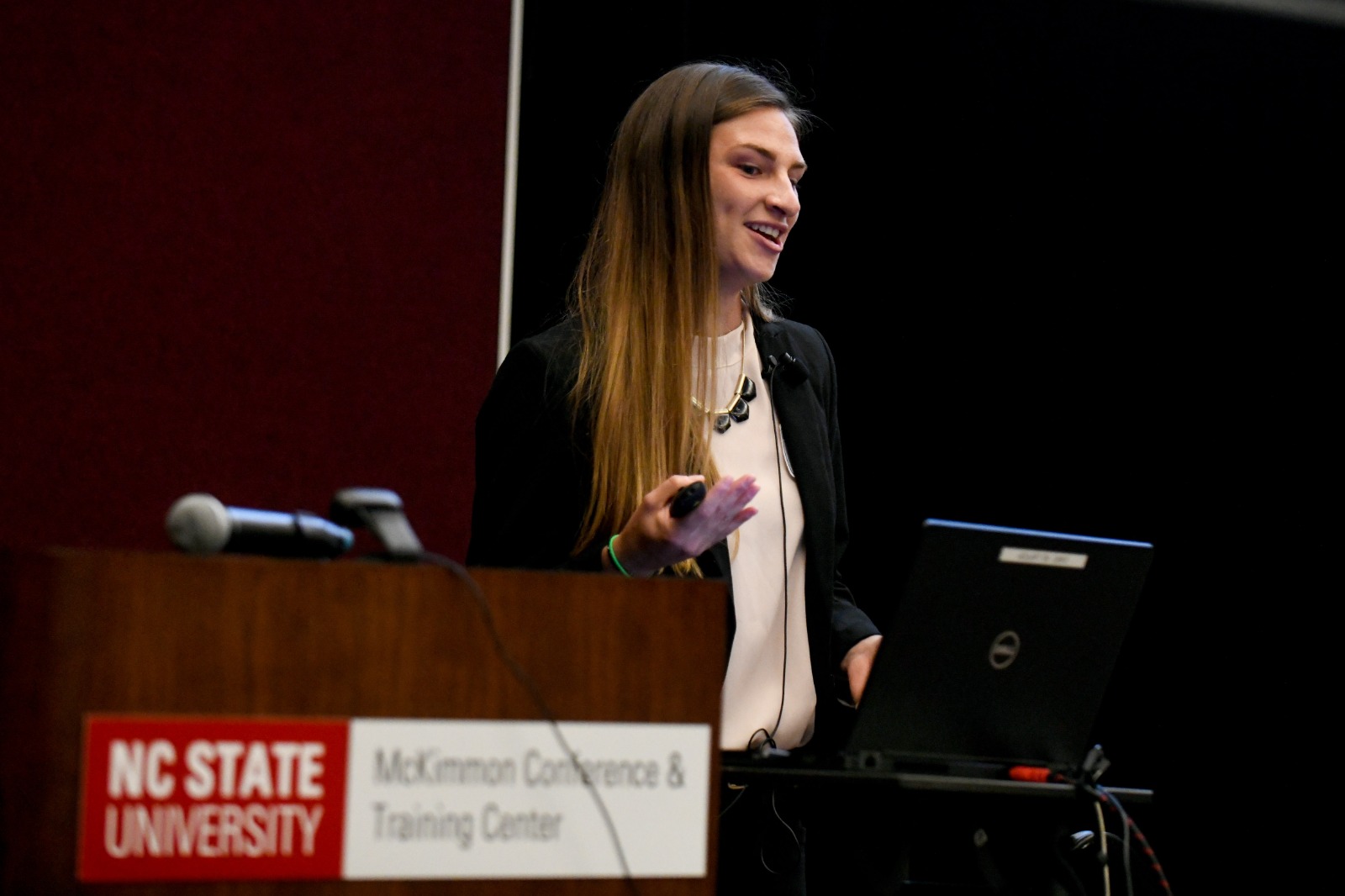 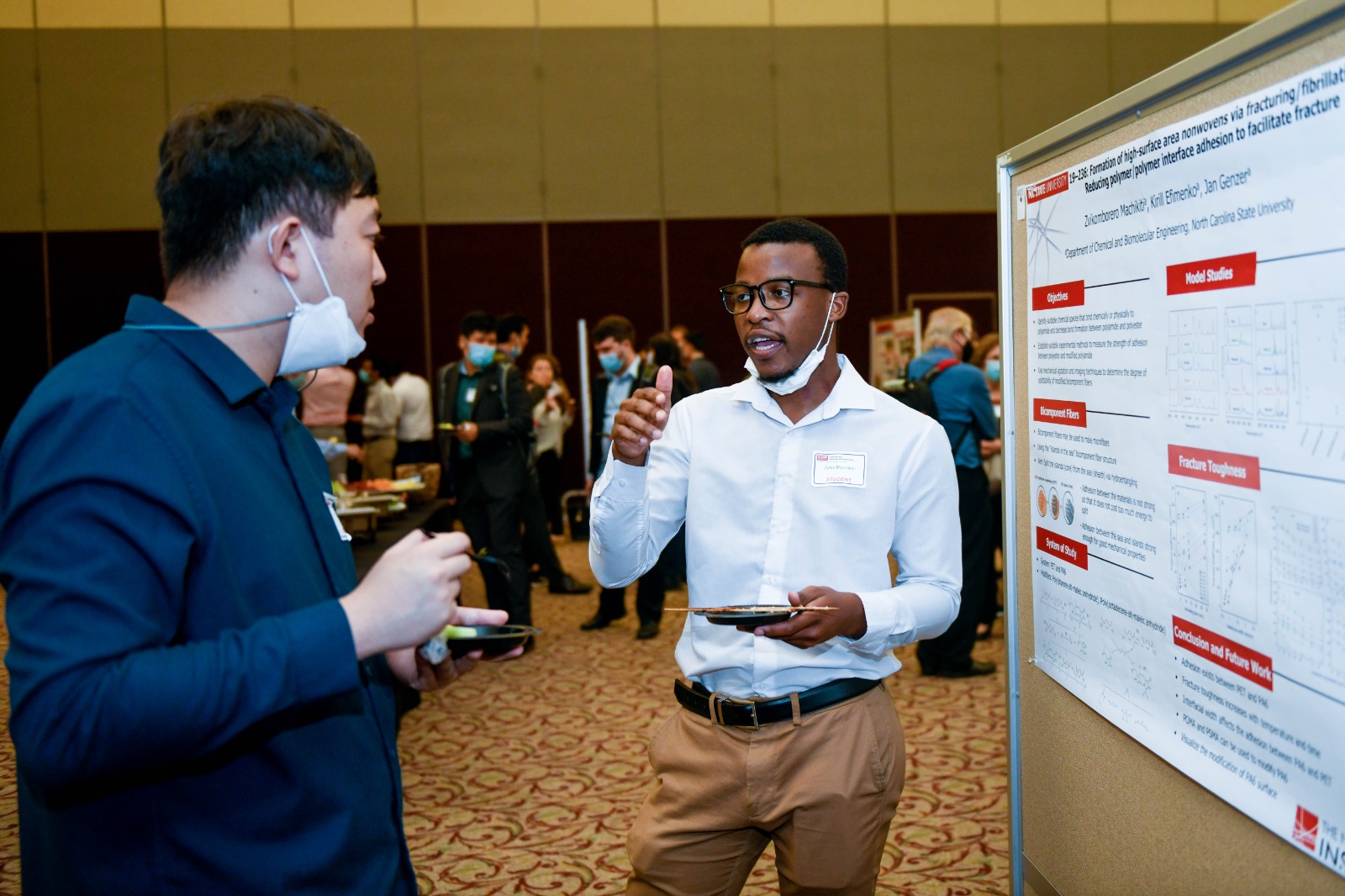 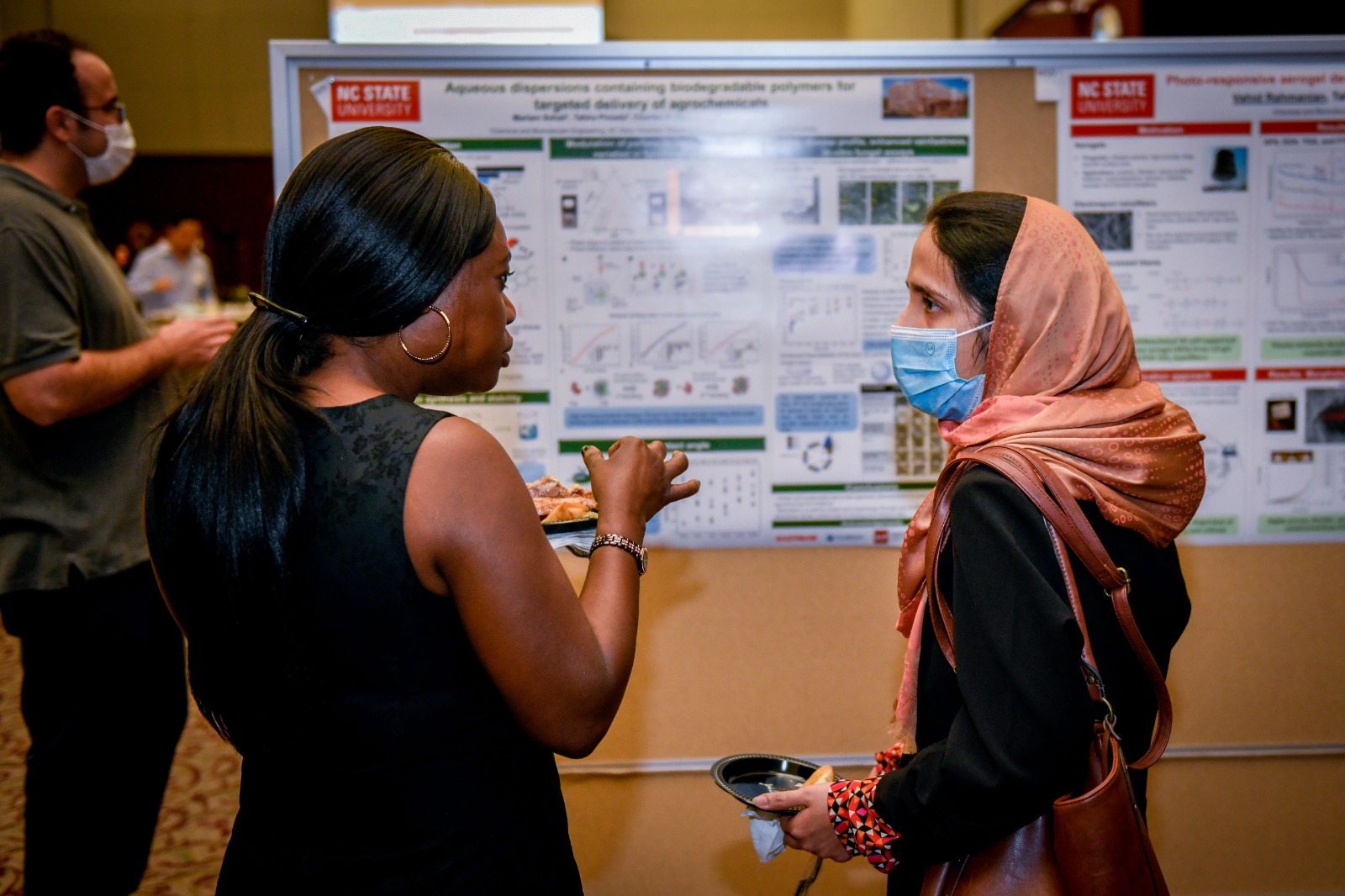 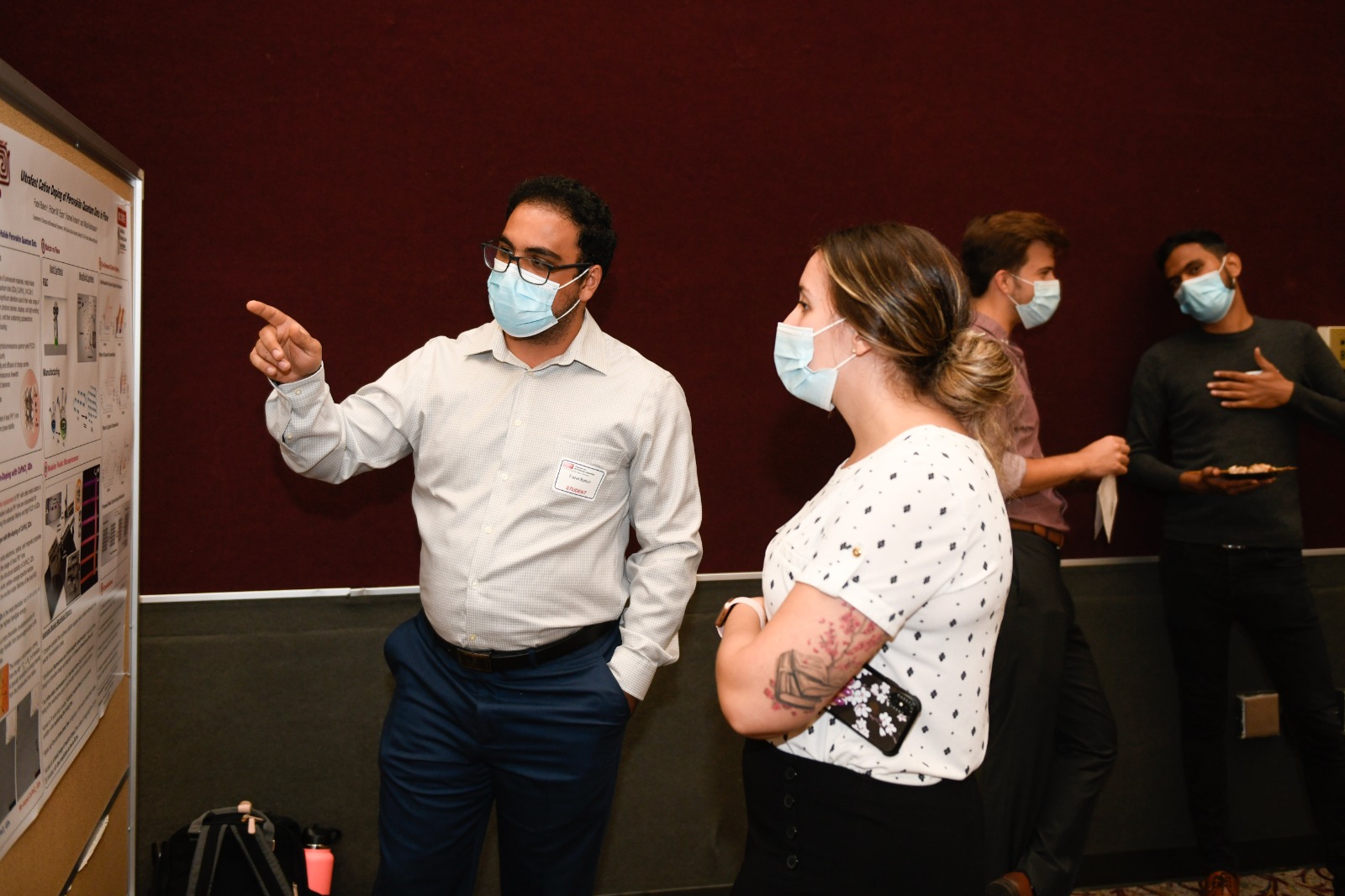 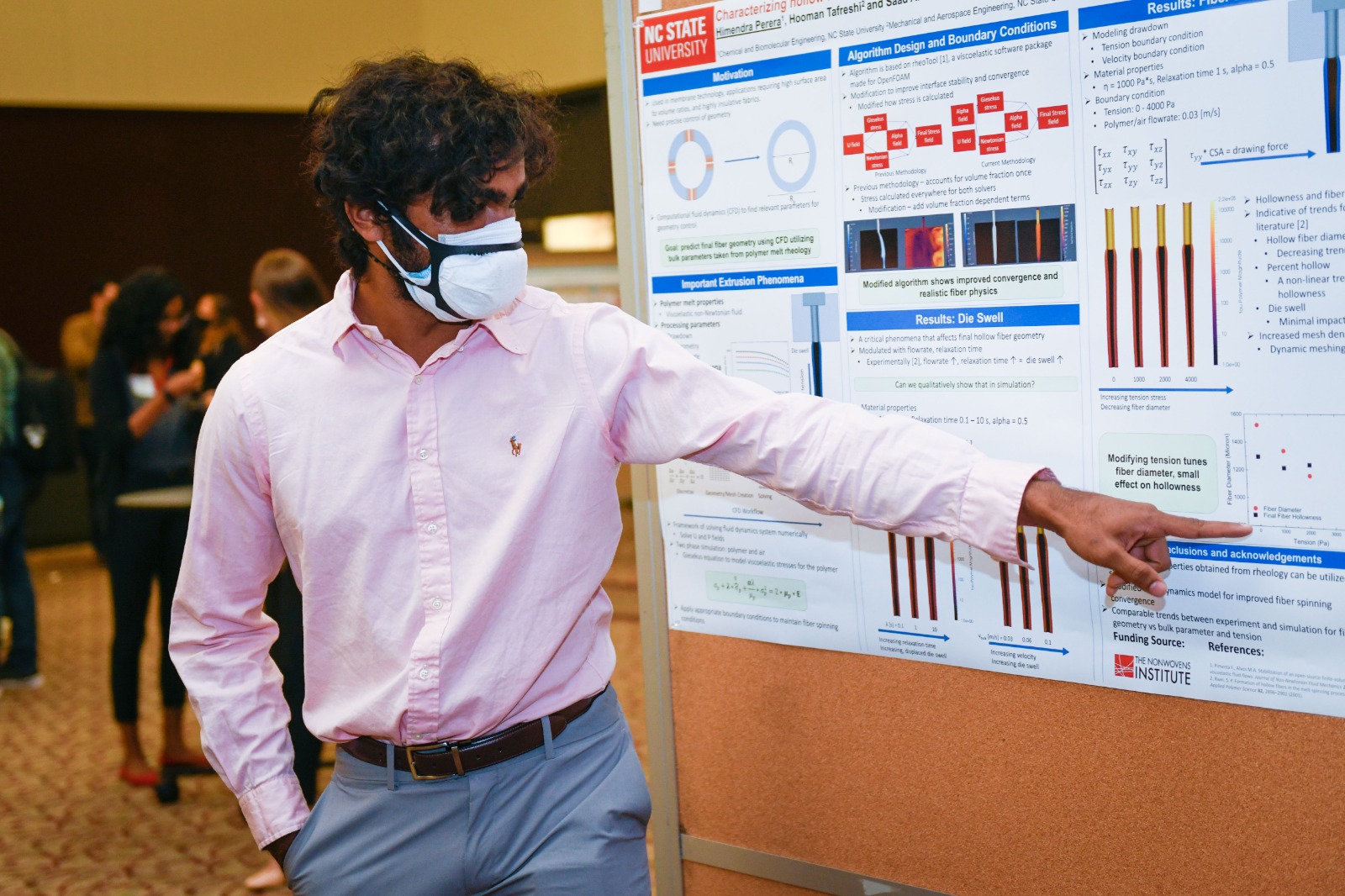 Himendra Perera at the poster session 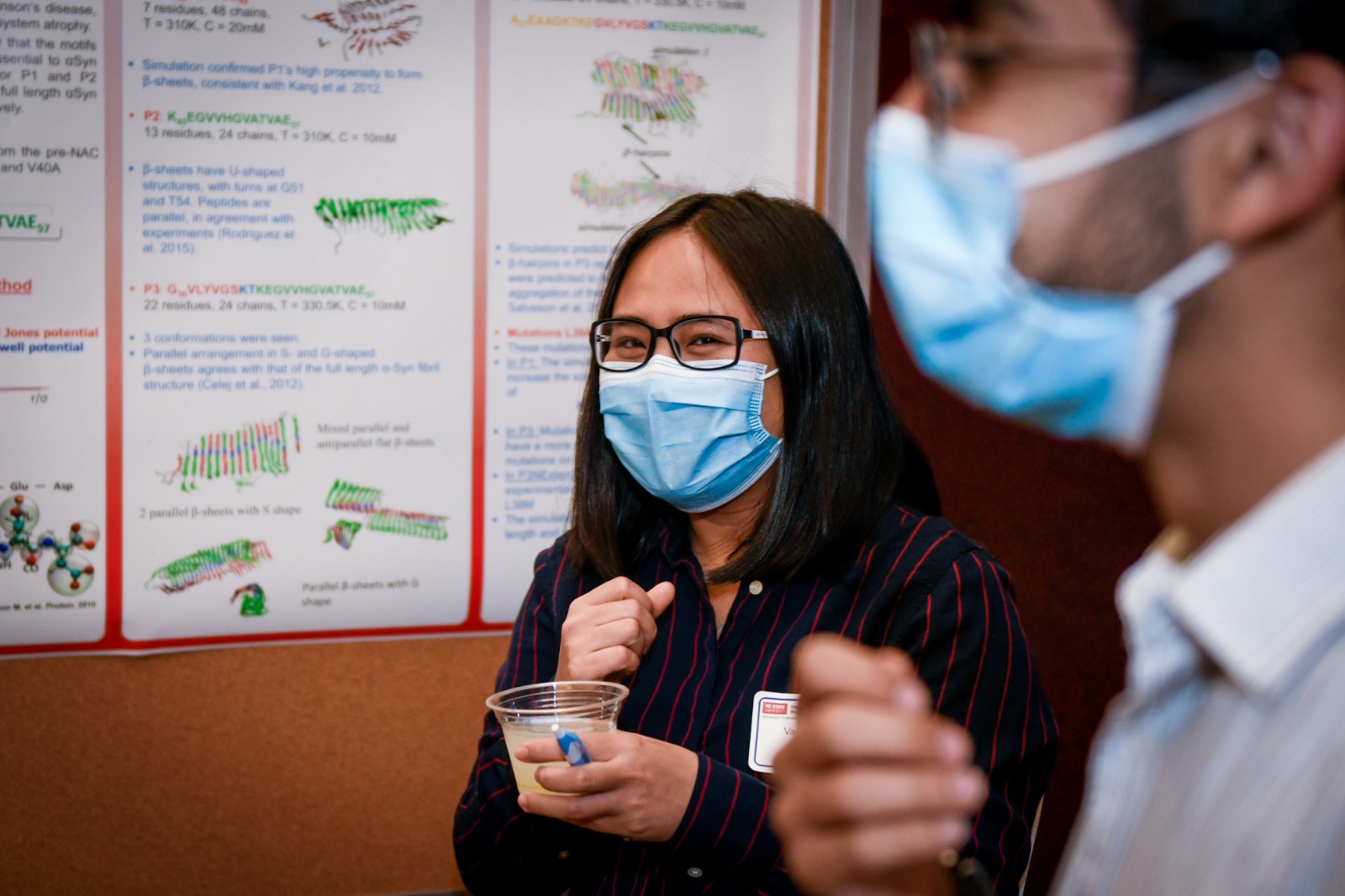 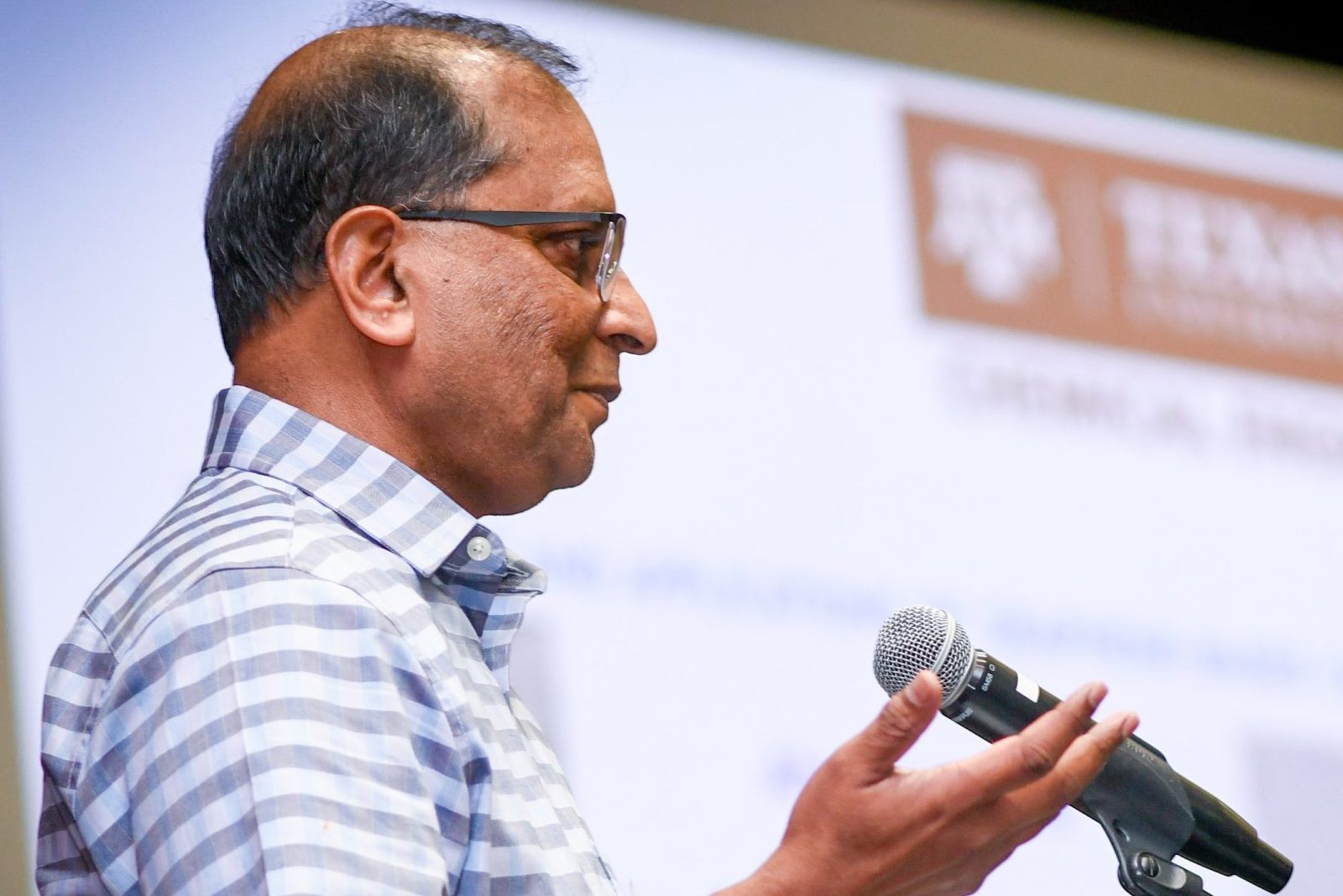