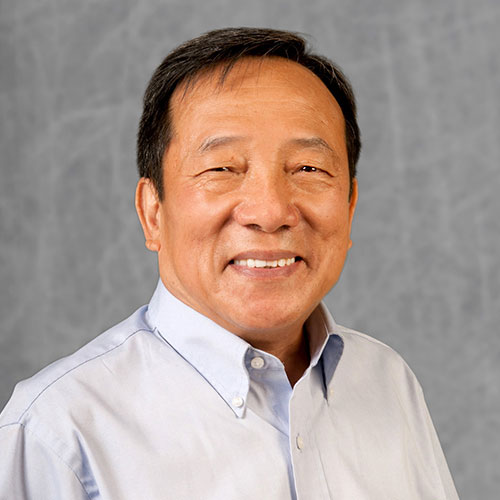 One objective of our current research is to develop oil-water interfacial synthesis as a benign alternative to conventional syntheses that require the use of toxic solvents. In the interfacial synthesis, a combination of innocuous oil and aqueous phases is used in place of toxic organic solvents. The multiple functions which previously limited the choice of a solvent are now decoupled and are met separately by a biphasic mixture. The desired reaction is effected at the oil-water interface by means of a surface-active catalyst complex, the use of an emulsifier, and optimization of oil-water phase ratio and pH of the aqueous phase.

A novel biphasic synthesis technology is being developed for commercial application as a result of pioneering work performed in our laboratory. The technology utilizes a biphasic liquid mixture ­ typically an aqueous­organic mixture ­ as the reaction medium, a surface­active catalyst complex to effect the desired synthesis reaction at the interface, and an emulsifier to increase the interfacial area. Major advantages of the new technology include:

A wide selection of tasks is available in this emerging field, including development of a novel column reactor that permits simultaneous reaction and product removal, application of the technology to specific synthesis reactions of commercial interest, development of surface-active ligands with the desired metal-complexing ability and catalyst promoting effect, and fundamental kinetic and modelling studies.