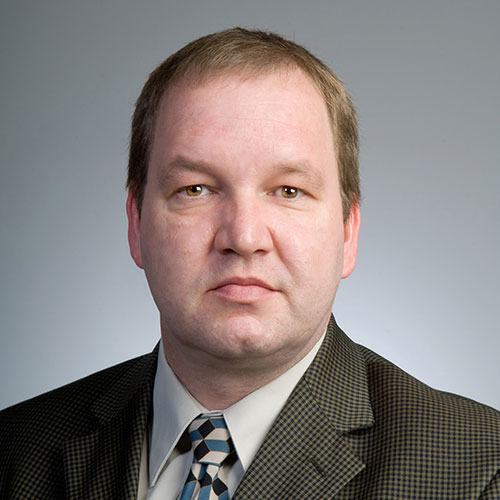 The Genzer group research interests include: (1) materials self-assembly and directed assembly, and (2) the behavior of polymers at surfaces, interfaces and in confined geometries. While the core program of our research encompasses mostly various experimental approaches, in our work we also utilize simple chemical synthesis routes and computer simulation/theory. Our current research activities in the group can be broadly divided into three main areas.

Pattern Recognition by Copolymers
We have developed 3D self-consistent field theory and Monte Carlo simulation approaches to study the interplay between the spatial distribution of the surface chemical heterogeneities and the monomer sequence distribution in the copolymer. Our results demonstrate that when the chemically heterogeneous motifs on the substrate are detected by the copolymer adsorbing segments, the copolymers can transcript them with high fidelity into three dimensions. The way the surface pattern gets transferred is dictated by the monomer sequence distribution. Relative to alternating copolymer block copolymers are generally better in capturing the chemical pattern shape, “lifting it off” the substrate, and transcribing it into the bulk. Moreover, block copolymers with shorter adsorbing blocks are capable of better recognizing the substrate motifs. On the experimental front, we are developing simple chemical routes allowing us to control (to some extent) the sequence distribution of monomers in the copolymer.

Directed Assembly of Oligomers and Polymers on Elastomeric Substrates
We have pioneered a method for fabricating “mechanically assembled monolayers” (MAMs); structures that are built by combining self-assembly of surface grafting molecules with mechanical manipulation of the grafting points on the underlying elastic surface. We have shown that MAMs prepared by mechanically assembling semifluorinated alkanes posses long lasting barrier properties. We have also extended the MAMs technology to prepare polymer brushes with high grafting densities and with tunable physico-chemical properties by utilizing “mechanically assisted polymer assembly” (MAPA).

Molecular Gradients on Substrates
We are interested in preparing molecular density gradients on surfaces, based on vapor diffusion of organosilanes. Our primary interest in preparing theses structures and studying their properties is motivated by: (1) the ability of these gradients to form continuous molecular templates for assembly of polymers and non-polymer clusters (e.g., nanoparticles), (2) studying the mechanism of formation of self-assembled monolayers, and (3) utilizing the gradient substrates in multivariant studies of polymer interfacial behavior. We are also investigating the possibilities of using the molecular gradient substrates as novel means of controlling the motion of liquids and particles.