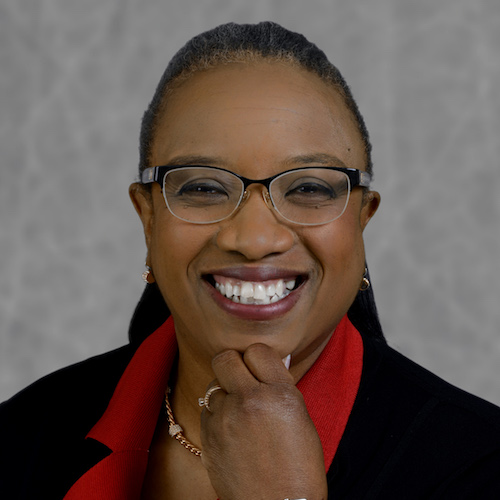 Dr. Christine Grant is the Associate Dean of Faculty Advancement in the College of Engineering at NC State University and Professor of Chemical Engineering. Her focus areas include Surface and Environmental Science, Mass Transfer and Biomedical Cell Systems.

Additionally, Dr. Grant has been empowering individuals and groups towards academic excellence for over 25 years at the university level. Her innovative programs span from middle school students to college students and up through university professors. She has been recognized for her accomplishments as an educator, leader and mentor with achievement awards from the YWCA, Georgia Institute of Technology, the Council for Chemical Research and the American Institute of Chemical Engineers.

Our research focuses on an evaluation of the mechanisms that control fouling and decontamination processes. The formation and removal of deposits is governed by a combination of chemical and transport processes at the solid-liquid interface, in the bulk liquid and in the film itself. Although general models have been used to describe cleaning and fouling, there is still a lack of understanding of the fundamental mechanisms underlying both the physical and chemical aspects of these processes. Insight into both the initial stages of fouling and the removal of trace residues is necessary to develop environmentally benign cleaning technologies in the chemical, food, and electronics industries. While the study of highly ordered films (e.g., Langmuir-Blodgett films) provides information on film behavior at the molecular level, most contaminant films are heterogeneous in nature, containing polar and non-polar species, with a wide range of surface thicknesses and morphologies. The challenge is to utilize specialized analytical techniques to assess the deposition and removal of these complex films. In contrast to discontinuous studies, our research utilizes several techniques (e.g., total internal reflection fluorescence, solid scintillation and a quartz crystal microbalance) to non-invasively probe the interactive effects of hydrodynamics, temperature and film structure on deposition and removal of organic and inorganic films from glass and stainless steel surfaces. Examples of our work in three industrial areas where fouling and cleaning are major problems include: (1) the hydration and removal of organics from glass; (2) the removal of calcium compounds (e.g., CaCO3,CaPO4) and fouling residues from stainless steel; and (3) the deposition of lubricants in turbines and disk drive assemblies. For example, in aviation turbines, synthetic ester-based lubricants interact with oxygen and metal to form high molecular weight products which deposit on metal surfaces. These films interfere with the efficient circulation of the liquid lubricant and reduce heat transfer. Our group is also investigating the use of additives to reduce lubricant degradation, and deposit-forming tendencies at high temperatures. We have developed experimental systems that have been instrumental in screening potential new solvent-surfactant systems for cleaning applications. In these systems, the removal of the residues is monitored continuously under controlled external mass-transfer conditions using a rotating disk apparatus. Initial research has demonstrated the effectiveness of non-ionic surfactants in the removal of mixed organic films from solid surfaces. The rate-controlling steps in the cleaning process have been identified as a function of the solution hydrodynamics, the external mass transfer rate, and the surfactant phase present. It is possible that the surfactant solutions used in the cleaning of contaminants may be recycled, minimizing the amount of surfactant required to operate the cleaning system. In a related application, we are investigating the use of CO2 -soluble surfactants in liquid and supercritical CO2 to clean metal surfaces.