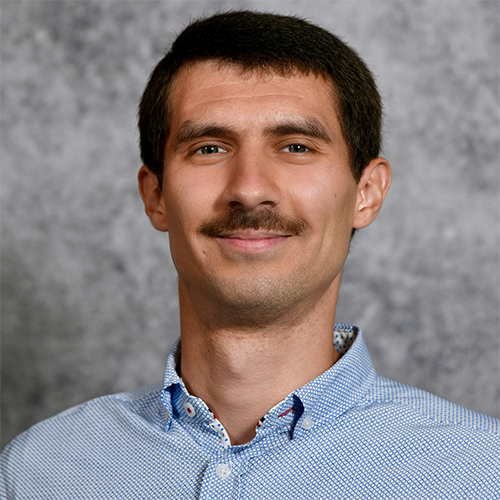 Artem Rumyantsev received his bachelor’s and master’s degrees in physics with honors from Lomonosov Moscow State University in 2013. He earned his Ph.D. in polymer physics from the same school in 2017. During his doctoral studies, he was simultaneously working in DWI–Leibniz Institute for Interactive Materials at RWTH Aachen University, Germany. He was a CNRS postdoctoral researcher in Pau, France. Prior to joining NC State University, he was a postdoctoral fellow at the Pritzker School of Molecular Engineering at the University of Chicago.

His group combines scaling theory, field-theoretic methods and coarse-grained simulations to explore the relationship between the polymer structure and the physical properties of the resulting materials. Their research also deals with fundamental problems of polymer physics, including the biological context. Particular attention is paid to ionic polymers, such as polyelectrolytes and polyampholytes, in which the combination of long-range Coulomb interactions and connectivity of charges results in unique conformational and phase behaviors.