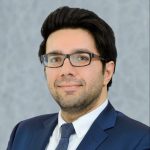 Professors Milad Abolhasani and Fanxing Li are senior members of a multi-institutional team that’s been awarded a grant for nearly $2 million to develop and prototype a modular biogas-to-gasoline process unit for use in distributed facilities (e.g., small farms). The team aims to develop a sustainable modular gas-to-liquids (M-GTL) technology to catalytically convert biogas, a bio- renewable energy source, into carbon-neutral gasoline. 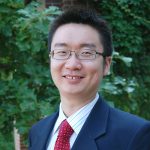 The grant is one three totaling $6.2 million that were awarded by the University of North Carolina’s Research Opportunities Initiative (UNC ROI). UNC President Margaret Spellings announced  the grants were awarded to teams from six universities in the UNC system. The grants are funded by the North Carolina General Assembly “to promote innovative and potentially game-changing research projects within the UNC system.”

Approximately 12 million tons of solid swine waste that’s convertible into biogas is produced in North Carolina each year. And although our State is home to the nation’s largest utility-scale biogas facility, transporting relatively small amounts of farm-produced biogas to the facility isn’t cost effective. As a result, the State’s full biogas production potential isn’t realized due to the lack of commercially viable technologies for distributed biogas conversion.

Technology to produce biogas is well understood and can easily be scaled down to small-farm level to produce it using animal, field crop and food wastes as feedstocks. Compared with gasoline, the heating value of the gas is relatively low, and the economic value of gasoline is much higher than biogas. In addition, farm-level gasoline production would result in lowering the environmental footprint of the farming enterprise.

Before the team can design and construct the prototype unit, they’ll need to develop both a solar-assisted bi-reforming process that produces syngas (a mixture of carbon monoxide, carbon dioxide and hydrogen) from biogas, and a complimentary upgrading process to convert the syngas into gasoline in one step. The two processes will be integrated to form a prototype module capable of producing ~1 gal/day of gasoline.

As illustrated in the shown figure, the proposed M-GTL process converts biogas into gasoline in two stages. The first stage reforms sulfur-free biogas into syngas with the help of sunlight. The second stage then uses micro-channel Fischer- Tropsch (F-T)/upgrading reactors to convert the syngas directly into gasoline. The M-GTL system has the potential to be significantly more efficient, flexible, and cost-effective than conventional GTL processes as it reduces the number of unit operation steps by over 50%, while reducing the reactor footprints by two orders of magnitude.

Professor Abolhasani’s primary focus during the project is in the areas of microfluidic synthesis of photo-thermal catalysts, design and development of the photocatalytic milli-fluidic reactor, and microfabrication of a small-scale modular unit. Professor Li’s focus will be in developing and designing the bi-reforming catalysts and stage, and the overall process development and simulations. Professors Debasish Kuila, Shyam Aravamudhan, and Lijun Wang (NC A&T State University), and Michel R. Gagné (UNC Chapel Hill) are the other senior team members.

The short-term UNC ROI funding will competitively position this technology for further support from DOE, NSF, DOD, USDA, and NC biogas-based corporations such as Maverick Synfuels and C2Energy, and may result in a start-up company.

Congratulations to Professors Abolhasani and Li and to your colleagues for receiving this important grant!